Dentists and surgeons benefit from new applications in 3D printing. This is the result of a joint OP-Zuid project of Atum3D and Xilloc.

Atum3D developed a special 3D printer that allows dentists to produce dental drill guides. With these drill guides the dentist can drill in the right direction to the correct depth, making it possible for dental implants to be placed more accurately. This 3D printer uses DLP (Digital Light Processing) technology, where light is used to harden the 3D printing material. The used material needs to be suitable for 3D printing, but it also needs to be biocompatible. 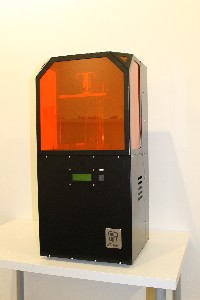 The 3D printer of Atum3D is very suitable for small-scale application in clinics and dental practices. Continuous development is aimed at other dental structures, like crowns and bridges. 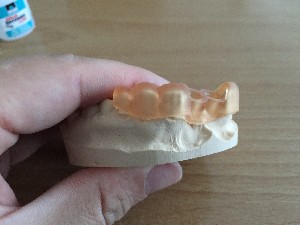 Xilloc developed a prototype cutting guide for surgeons. Such a cutting guide helps the surgeon to exactly saw where (s)he had planned (using virtual surgery planning), resulting in a faster and more accurate surgery for the patient. To produce these cutting guides we invested in a professional 3D printer; a SLS (Selective Laser Sintering) printer from EOS (P396) that uses a laser to fuse polyamide powder together layer-by-layer.

Further developments are aimed at different materials and applications, like implants. For this we collaborate closely with material suppliers. 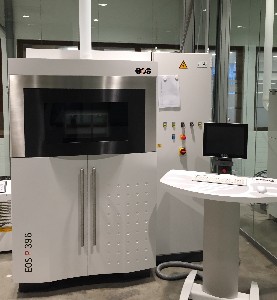 Atum3D and Xilloc worked together in 2015 within the Advanced Dutch Additive Manufacturing (ADAM) project. Another participant was Brightlands Chemelot Campus, who invested in 3D printers and did business development.

ADAM is a OP-Zuid project, the operational program Zuid-Nederland, a European funding programme for the south of the Netherlands. The total investment was € 1,8 M, of which € 0,8 M funding from OP-Zuid, paid by EFRO (European Union) and the Ministry of Economic Affairs.

“This project has successfully brought different parties together. It proves that 3D printing, praised as a promising technology, is delivering on its promise and that Limburg actually benefits of these developments.”