The world doesn’t stop after diagnosis of a meningioma 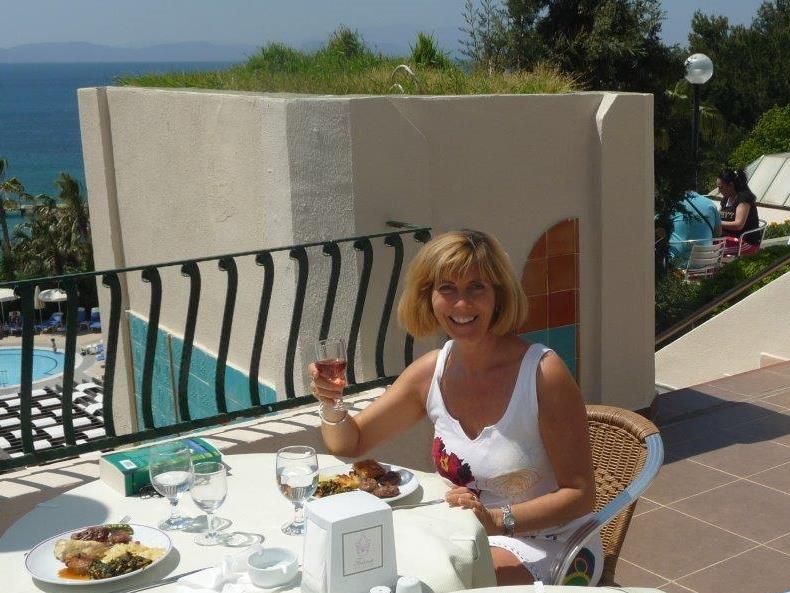 Diagnosis of the meningioma

In March 2011 Carla, aged 54 and mother of 2 boys, was experiencing heavy neck pains and headaches. After a visit to the general practitioner she was sent to a neurologist in the hospital where she was diagnosed with a meningioma, a tumour on the meninges, the size of an egg. A week of total desolation went by before they heard the relieving news that the tumour was operable. Carla took 6 months to mentally and physically prepare for this surgery, a very risky one she was told, being above the age of 50. During a last hiking holiday in Dijon epileptic attacks started and the time for the surgery had arrived.

On September 18th that same year, a very skilled neurosurgeon created a bone window to access the tumour, which he was able to remove successfully. Unfortunately, due to severe blood loss and having run out of Carla’s blood type, the surgery had to be paused for 1 hour. This delay increases the risk of infection. Finally, her skull was closed with the original bone flap from creating the bone window. 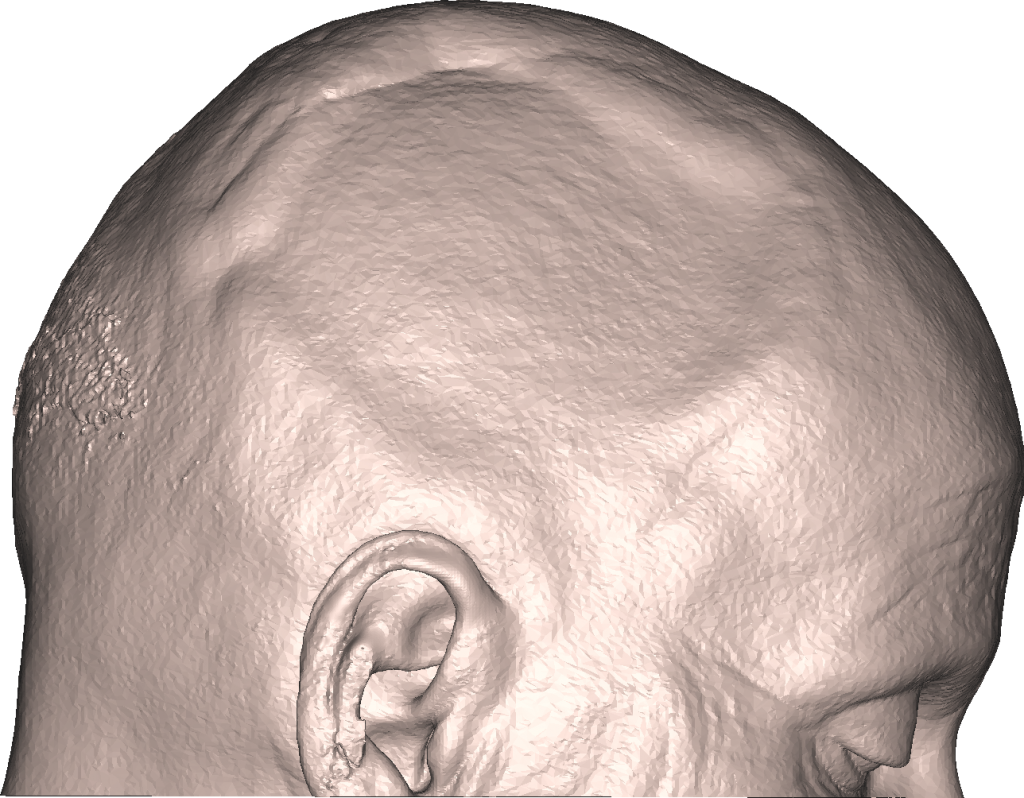 The skull defect after removal of the infected bone flap

Within weeks after surgery, the wound started to smell bad. A fistula had formed in the bone flap and a second surgery needed to be performed to take out the necrotic bone . This left Carla with a large indent and a loss of control in neurological functionality in her face, her arms and her full balance.

In April 2012, the wound was fully healed and after a check-up with the neurosurgeon, Carla was redirected to the CranioMaxilloFacial (CMF) department for the reconstruction of her skull. Her appointment with the CMF surgeon was one month later and she was expecting a reconstruction soon.The CMF surgeon proposed to reconstruct Carla’s skull with a flat, thin, hammered titanium plate. Adding curvature would only be possible in three risky surgery’s she was told. The reconstruction treatment plan was scheduled for 5 months later. However, when the surgery date approached, it was suddenly postponed by another 4 months.

The expected result from a flat, thin, hammered plate, to be produced by another company

After waiting more than 6 months, Carla’s husband Paul read a newspaper article about Xilloc. Out of curiosity, Paul called Xilloc on November 23rd. He explained that Carla was awaiting an implant from a different company than Xilloc for already half a year and that they were sick of waiting. He wondered if this time-frame is normal. Maikel Beerens explained that normally this should take 2 to 3 months at most.

Listening to Paul’s story, Maikel also explained that Xilloc can add anatomical curvature to the implant, in order to restore symmetry to her skull. After this phone conversation, Carla and Paul immediately decided to opt for a second opinion in the Maastricht University Medical Centre (MUMC). 3 days later they visited Prof. Dr. Dr. Kessler in the MUMC, who prescribed a custom implant from Xilloc to reconstruct Carla’s skull. Only 7 weeks later she had her surgery and received her patient-specific implant.

Carla recovered remarkably fast after the reconstruction surgery and regained most of her neurologic control. She is also very pleased with the aesthetic result and Paul and her boys are thrilled to see her happyand healthy again. 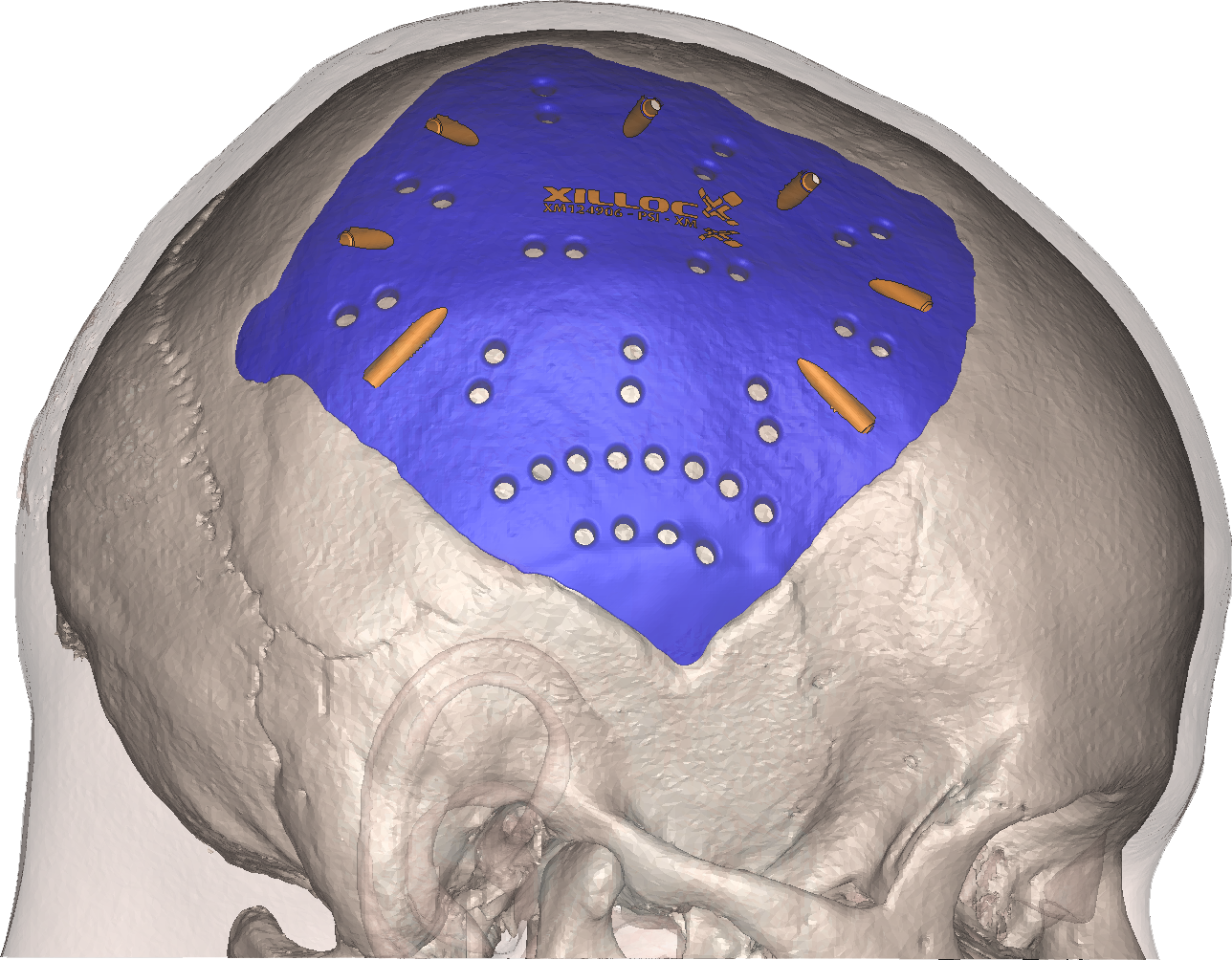 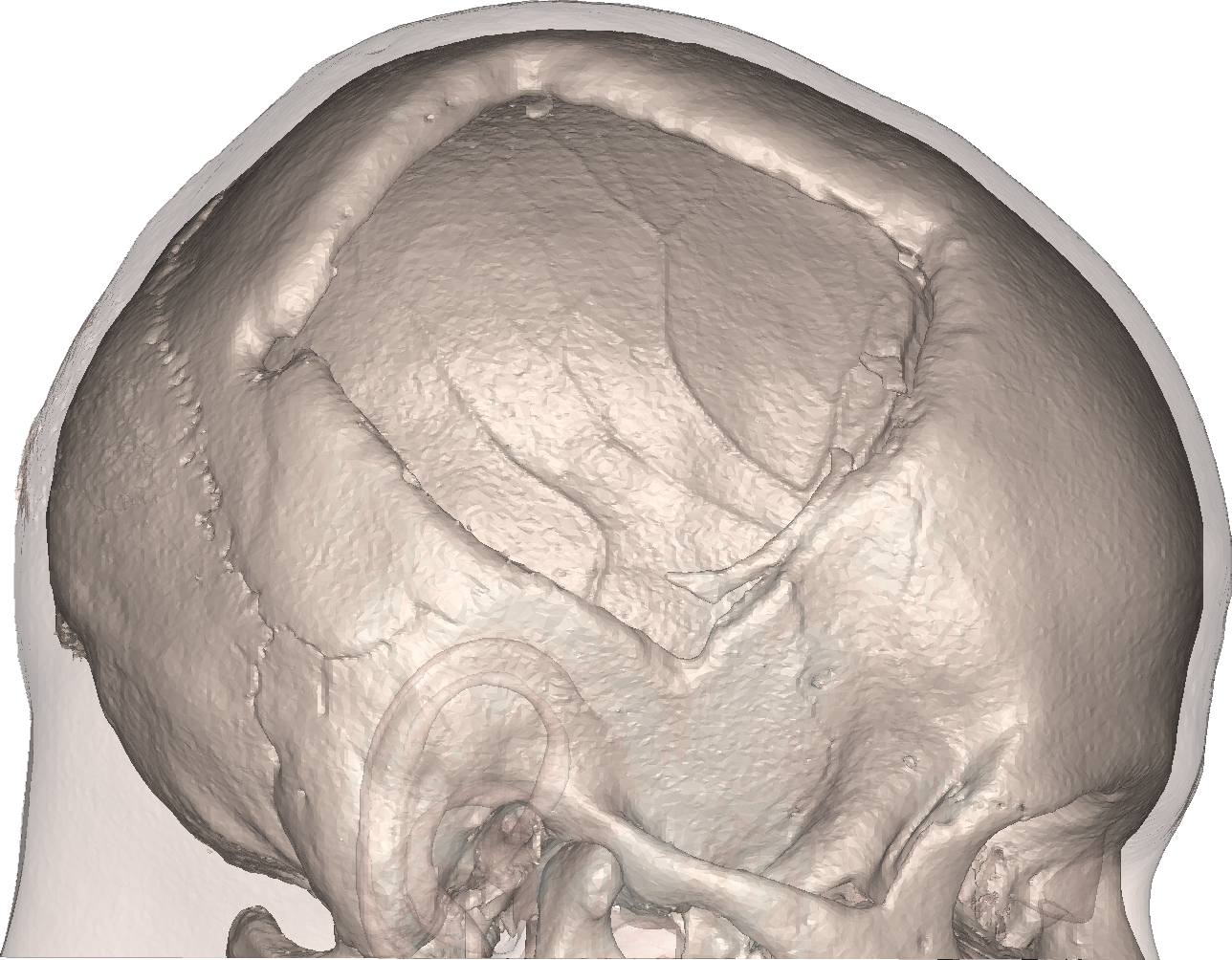 Frontal view result of the patient specific implant from Xilloc